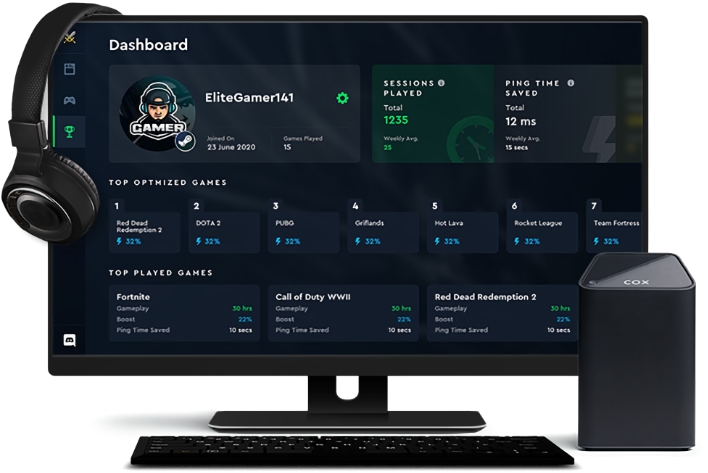 Just over a year, we first brought you news about a new Elite Gamer service from Cox Cable, which was aimed at reducing lag, ping spikes and jitter during online gaming sessions. At the time, the service was being trialed in Arizona at a cost of $15 per month (on top of the cost of your existing internet plan).

Now, however, Cox is ready for broad availability of Elite Gamer across the 18 states that it currently serves. In total, Cox internet has found its way into 6 million homes, and the telecom giant is certain that hardcore gamers will be willing to upgrade to the service. According to Cox, internet subscribers that upgrade to the Elite Gamer package will experience up to 32 percent less lag.

The company had previously indicated that gamers would experience 55 percent few ping spikes and 45 percent less jitter. Cox is able to achieve these gains using what it calls an “intelligent server network” that more efficiently routes your game connections. 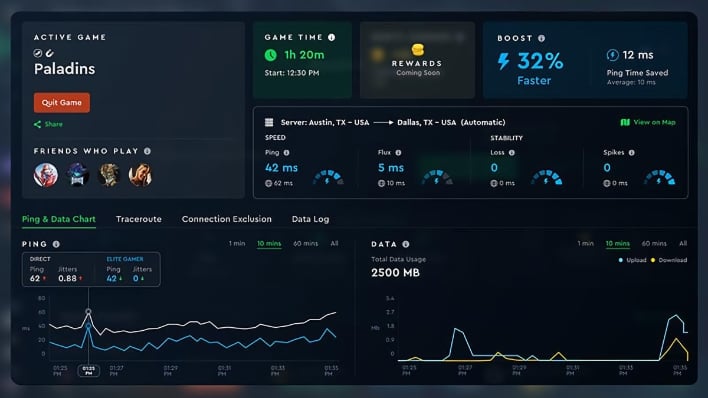 Cox goes on to say that rather than treating your gaming sessions like any other traffic on the network, its algorithms will use the fastest and most efficient path to route your data. “Generally, the easiest path for the data is used [without Elite Gamer], not the most efficient,” writes Cox. “It would be like taking the highway during rush hour because it’s easier to get to, rather than taking back roads when they would get you where you are going faster.”

If you’re on Cox’s flagship Panoramic Wi-Fi internet plan, you’ll get Elite Gamer for free for the first computer connection. Each additional computer in your household that you want to hook up will cost you an extra $5 per month. If you don’t have Panoramic Wi-Fi, or use your own modem, Elite Gamer will cost you $7 per month for the first PC and $5 per month for each additional PC (up to three total).

We should mention that Cox is only supporting select games with Elite Gamer, so you’ll want to check to see if your favorites are included before you plunk does your hard-earned cash. Some of the popular titles that we noticed on the list include League of Legends, Valorant, Call of Duty: Modern Warfare, GTA: V, Apex Legends, PUBG, Fortnite, and World of Warcraft. You can view the complete list here.

Cox was in the news recently when the company decided to neuter internet speeds within an entire neighborhood for what it deemed excessive usage from just one customer that was already paying $50 extra for an “unlimited” tier.

Kendall Jenner, Gigi Hadid & Chrissy Teigen Are All Fans Of The Nintendo Switch

Breathe Into the Shadows Review: Mind Games most silly News

Breathe Into the Shadows Review: Mind Games most silly News

No Result
View All Result